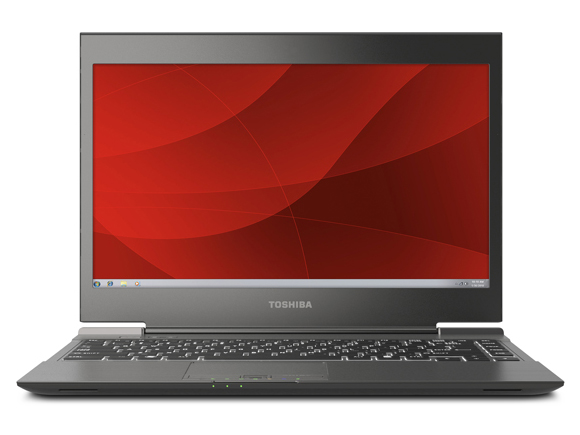 It carries features such as a Toshiba Portege Z930 USB 3.0 chipset, a fingerprint reader, a matte screen and integrated mobile broadband support, yet it's still a lightweight machine — it's only about 1. It's an Ultrabook that addresses management, security and mobility needs and it also doesn't make too many compromises when it comes to connectivity.

The feel of the keyboard and the angles of the screen could be better, but the user-friendliness of the unit isn't too bad overall, despite the chassis being so thin and light. All this amounts to a configuration that can supply lots of speed for running office applications, media tasks and multitasking.

In our Blender 3D rendering test, a time of 39sec was recorded, while in our iTunes MP3 encoding test, a time of 45sec was achieved. Both Toshiba Portege Z930 USB 3.0 are the fastest we've seen from an Ultrabook in these tests to date, which isn't surprising given that this Portege also features the fastest CPU we've seen in an Ultrabook to date. Heavier tasks also fared well.

The graphics performance of the Portege was also expectedly faster, recording in 3DMark06, which is over marks faster than the ASUS and over marks faster than the Sony. So much performance from such a thin unit. We found the overall responsiveness of the Portege Z to be excellent during regular usage, despite Toshiba having installed so many programs by default. Boot up time with the Toshiba factory image was only 17sec, while resume time from standby was less than 2sec.

Battery life Battery life is generally an area where Toshiba laptops don't always fare well in our tests, but the Portege Z beat the odds. In our rundown test, in which we disable power management, enable Wi-Fi, maximise screen brightness and loop an Xvid-encoded video, the battery lasted exactly four hours.

During regular usage Web browsing, document creation and watching the odd YouTube videothe Portege Z lasted about five and half hours — that was with a low brightness setting. User comfort When under a full processing load, the Toshiba's fan kicked into high gear. It sounded a little unsettling as it ramped up. Depending on the workload you are running, and the ambient sound level of your environment, it could get annoying. Because it's such a thin laptop with a small fan and a relatively small vent to push air through, the noise is understandable; it's not as loud as some other Ultrabooks we've seen, such as the Fujitsu Toshiba Portege Z930 USB 3.0 and HP Envy Spectre XT. 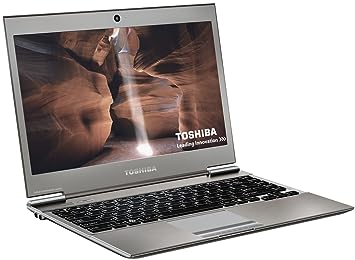 The good thing Toshiba Portege Z930 USB 3.0 that the dynamic control is very active and the fan will quickly slow down as soon as the processing load eases. During regular usage, such as Web browsing, watching videos and document creation, for example, the laptop remained mostly quiet and the fan was only heard seldomly. It has decent brightness and can be viewed easily in an office environment thanks to its non-reflective finish, but its viewing angles are quite narrow. 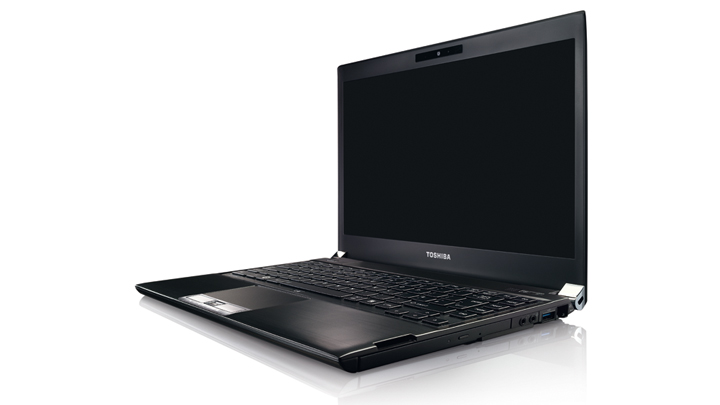 We found ourselves tilting the screen quite often in order to get better colours and contrast. It's not a screen on which you can easily view photos, intricate graphs and movies, for example, without adjusting the angle, but it's fine for documents. The keyboard has chiclet-style keys, which are well laid out and easy to hit, but they don't have much travel.

They feel shallow, although they are reasonably soft. Eventually, we got used to them and found the keyboard to be good overall during long typing sessions.

There is a column of Page, End and Home keys to the right of the Enter and Backspace keys, and there is a nice separation between the left and right arrow keys so that you Toshiba Portege Z930 USB 3.0 easily feel for them however, the up and down arrows are close together. It's not a backlit keyboard though, and as users who often work at night, this is a drawback for us. The keyboard and touchpad layout.

You get a Synaptics touchpad for navigation, which is 85x50cm and it supports multi-finger gestures.