Wattage is a measure of power consumed by the mixer, not put out as torque ability to slog through heavy doughs. A poorly designed motor will use lots of watts, but will not deliver it to you in increased power. This mixer happens to have watts of power - sounds like a lot.

The point is that whatever its power draw, its power output is sufficient for the tasks at hand. Way back when, I had a KitchenAid 5 qt.

It, too, had adequate power; today, with the marketing of wattage as a meaningful number, people would sneer at such an "underpowered" unit. This mixer is well designed. It has a mixing timer, a pulse button, Sony Vaio VPCEH2IFX Image Optimizer of which are useful. Its lineage for those of you who are interested is as follows: It was sold to Rival, and for a short time, was available under that brand.

It was then sold to DeLonghi, who modified it a bit; then it was sold to Cuisinart, who made the most significant modifications to it deeper, better designed bowl, better controller with timer and speed ramp up feature.

The mixer was always inherently a good Sony Vaio VPCEH2IFX Image Optimizer, even way back when it was a Kenwood. The design of this mixer, with its large capacity, still allows the beater head to pivot up, allowing the beater to clear out of and away from the bowl, whereas the beater heads of the KitchenAid 5 and 6 qt models are fixed and require that the bowl be cranked down, but leave the beater pretty much in the way.

I prefer this design as it offers more access to the bowl no matter what they tell you, you must still scrape Sony Vaio VPCEH2IFX Image Optimizer the bowl periodically - the question is, which design allows you to do that more easily? Its tools whip, dough hook and flat beater are extremely well designed and are, I think, a bit better than KitchenAid's. I'm not an "accessory person", and so I cannot speak to the quality of the pasta press, meat grinder, blender, etc.

I will say that K'Aid most likely still Sony Vaio VPCEH2IFX Image Optimizer a greater variety of accessories, and so for those who are interested in milling grain, straining tomatoes, opening cans, etc. I highly recommend this mixer, have made everything from heavy cookie doughs to merengues, and find it to be well designed and a pleasure to use. I researched the Kitchenaid, Viking and several other brands of mixers. There were a lot of good and bad reviews of Kitchenaid, but what I was able to discover was that Kitchenaid used to be owned Sony Vaio VPCEH2IFX Image Optimizer Hobart Corp.

At that time they were excellent mixers, but then they were purchased by Whirlpool. The mixers now have plastic gears.

Although the higher-end models have metal gears Pro seriesthey are still in a plastic housing. This decline in quality disturbs me. It is likely that most home cooks do not use it for heavy-duty usage, but those cooks who do have apparently found Sony Vaio VPCEH2IFX Image Optimizer products from Kitchenaid do not last see negative reviews -- especially from the engineer who took several of them apart.

The Viking seemed better made but was quite expensive. I settled on the Cuisinart after learning that its gears and gear housing are metal. Hopefully it will last a long time. I noticed that the Kitchanaid had only a one year warranty, but the Cuisinart has a FIVE year motor warranty, and a three year product warranty overall. It seemed a safer bet, so I got the Cuisinart. It performs very well. Sony Vaio VPCEH2IFX Image Optimizer 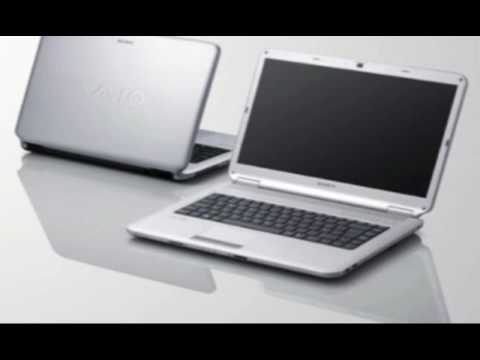 The timer is built right into the side of the mixer and is very handy. The mixer leaves very little batter unmixed even Sony Vaio VPCEH2IFX Image Optimizer you don't bother to scrape the bowl yourself. The range of speeds is very large -- from extremely slow 1 to incredibly fast It is pretty quiet in its operation. I will have to continue using it to see how long it lasts, but so far it does a great job.

Bought this for my grandfather last year for his birthday and he absolutely loves it.

He uses it to bake for all occasions and family functions. Bought this mixer for the church kitchen.

It is just what we needed. Perfect for large batches of cookies, mashed potatoes etc.