You just need to purchase a couple of copper shims (found mine on ebay.) . ZOTAC IONITX-A-U Atom GHz Dual-Core NVIDIA ION. The 90W power brick that Zotac ships with the motherboard and no bundled power supply, the ION-ITX-C-U with the N plus power supply. ZOTAC IONITX-C-U Intel Atom Mini ITX NVIDIA ION motherboard w/2GB I/O shield. $; or Best Offer; +$ shipping. The item is listed as a Top Rated.

The whole point was to find and build with the most capable mini-ITX motherboard I could find. Going with DDR2 required some ZOTAC ION ITX-C-U Nvidia Chipset. All the information at Zotac indicated that DDR2 was all the motherboard was rated for. However, their memory compatibility list has DDR2 sticks listed.

On-board video, which is never really fast uses the system memory for its buffers.

The faster the system memory, the better the faster the video will be. The second reason was getting the optimal 1: Lower-rated CAS 7 sticks are available, but not worth the price difference.

The motherboard only has two slots. I have rarely used anything but Corsair in my builds.

Its on-board chipset support for video and codecs should supply all the video graphics processing needed. Audio I intend to use the on-board audio. Case I looked at a lot of different cases in many price ranges. I prefer sturdy, quiet, easy to ZOTAC ION ITX-C-U Nvidia Chipset with, inexpensive cases.

However with Mini-ITX that does not come inexpensively. How can vendors ask you to pay so much for so little sheet metal?

It was actually storage that determined the case selection. I oddly found that Mini-ITX cases were either too big, or too small for my parts list. The original Build plan had two 3. This turned-out to be a hard combination to find. I ended-up looking ZOTAC ION ITX-C-U Nvidia Chipset a case with mounting for 2x 2. I later found I was restricted to a single drive of either size and a 5.

That made the selection a lot easier. Ideally, I would have liked a Silverstone case. They are good-looking cases, but they were way out of budget. I then thought I was going to go with an Apex MI case. This had the advantage of a W PSU.

However, as my parts selection evolved, my case size and power budget needs shrunk. I did not need a W PSU, and it would be better not to have one. The case is not as small as I originally wanted, but the price was right.

Power Supply The power supply came bundled with the case. Generally I like buying my PSUs separately.

I had originally thought to go with a PicoPSU. This has the advantage of leaving the heat outside the case, and all allowing for either smaller cases or more room inside the case.

However, I may have to replace the fan in the PSU, voiding my warranty! They can always do better. Fans and hard disks are the source of most case noise.

Never have 80mm fans been known for being quietly pushing a lot of air. I decided to replace it. Because this is a new build, I wanted to try something new.

I found that there are very few, new 80mm fans. Most case fans have now gone to mm. However, the idle power consumption on the Zotac board is less than HALF that of the AMD motherboard and the load power consumption is almost a quarter! 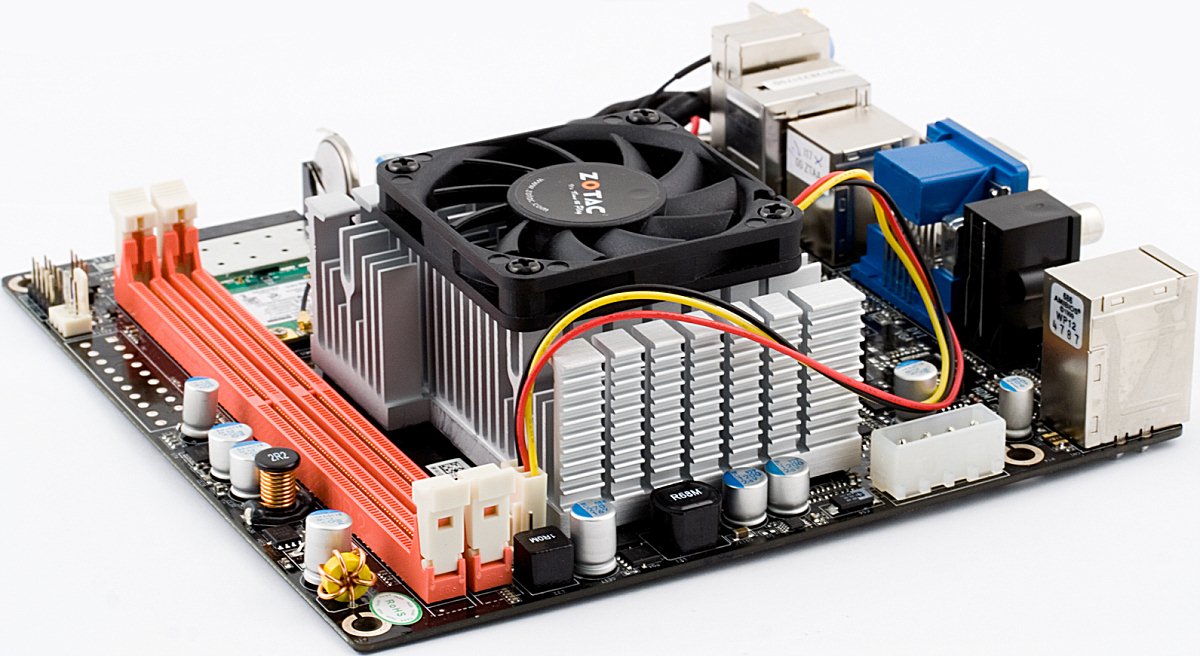 Put it in the perspective of performance per watt then: